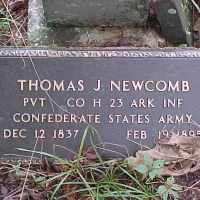 The Life of Thomas James

1 English: nickname for a new arrival in a place, from Middle English newe-come(n) ‘recently come’, ‘just arrived’. The intrusive -b- is the result of the influence of place names ending in -combe ( see Coombe ).2 Americanized form of German Neukamm, possibly arising from a misinterpretation of its etymology as neu ‘new’ + Kamm ‘comb’ ( see Neukam ).