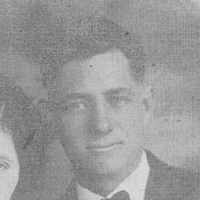 The Life Summary of George Dewey

When George Dewey Cook was born on 27 January 1898, in Spickard, Grundy, Missouri, United States, his father, Thomas Richard Cook, was 40 and his mother, Nancy Elizabeth FitzPatrick, was 34. He married Maudie Mae Boles on 23 January 1917. They were the parents of at least 2 daughters. He lived in Justice Precinct 7, Titus, Texas, United States in 1920 and Payne Township, Sedgwick, Kansas, United States in 1930. He died on 5 December 1979, in Copan, Washington, Oklahoma, United States, at the age of 81.

Put your face in a costume from George Dewey's homelands.