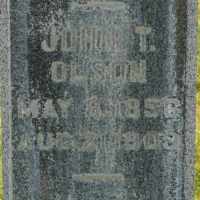 My notes on John Taylor Olsen