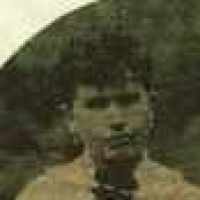 The Life Summary of Emily Marilla

Put your face in a costume from Emily Marilla's homelands.

English and Welsh (Glamorgan): variant of Hopkin with genitival or excrescent -s. In Ireland, where the name is also frequent, it is sometimes Gaelicized as Mac Oibicín.History: Stephen Hopkins (c. 1580–1644) was a pilgrim on the Mayflower in 1620 and one of the founders of Plymouth Colony. At his death he left seven children and eighteen grandchildren.