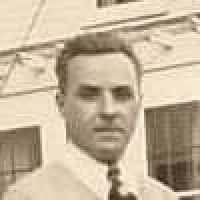 The Life of Carl Otto Christian

Put your face in a costume from Carl Otto Christian's homelands.

The Public Service Corporation (PSC) was formed on May 6, 1903. The company began as a merger of a power company with four different trolley companies. PSC would ultimately combine with over 400 other companies.
1910 · Battleship USS Delaware Commissioned

"The USS Delaware was commissioned on November 10, 1910. This was ship number six that had been named after the """"first state."""" It was top of the line but during WWI never saw battle."
1933

"New Jersey was severely impacted by the Great Depression. In response to the economic woes of the country, President Franklin D Roosevelt issued a series of programs and regulations referred to as the ""New Deal"". One-tenth of the New Jersey population was already using New Deal programs by 1933."

My Grandpa the Counterfeiter

My maternal grandfather, C. Otto C. Pack Jr., was a fun loving man. He always had stories to share. When he would come to visit he always left my siblings and me each a crisp dollar bill. He would han …