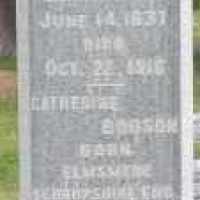 The Deseret News - December 24, 1996 by Twila Van Laer, Deseret News Staff writer It was a much earlier Christmas Eve than this when Thomas Dobson had one of his many great adventures as a law office …