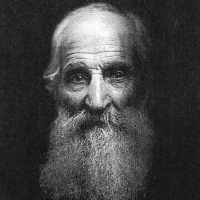 The Life Summary of Eber

Put your face in a costume from Eber's homelands.

Some characteristic forenames: Jewish Myer, Genya, Hershel, Meyer.German (also Gölder), mainly Swiss German: variant of Goldner ‘gold worker or gilder (someone skilled in decorating objects and surfaces with a thin layer of gold leaf), or a jeweler who worked in gold’. This is also found as an occupational name for a prospector in a goldfield, a gold panner.Jewish: variant of Gold .