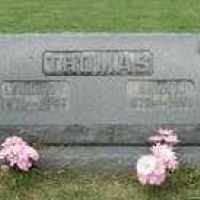 The Life of Leonard Franklin

Put your face in a costume from Leonard Franklin's homelands.

Coming out of an economic crisis, everyone was worried when cuts started happening in the railroad. They went on what would the great railroad strike of 1877.
1893 · First U.S. Ambassador to Great Britain

The first time that the rank of Ambassador was used was in 1893. When on March 30, 1893, Thomas F. Bayard was appointed Ambassador to Great Britain.