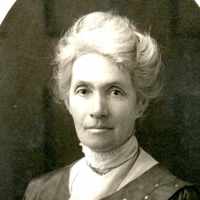 When Emma Fowler was born on 24 March 1862, in Cascade, Mount Pleasant Township, Wayne, Pennsylvania, United States, her father, Henry Holland Fowler, was 44 and her mother, Esther Barnette, was 38. She married Reuben Rollin Bell on 15 June 1887, in Rome, Ashtabula, Ohio, United States. They were the parents of at least 3 sons and 1 daughter. She died on 8 April 1955, in Portland, Multnomah, Oregon, United States, at the age of 93, and was buried in White Salmon, Klickitat, Washington, United States.

Married Women’s Property Act protected women’s rights protected property for women in Oregon upon the death of her husband.
1889 · Washington Becomes a State