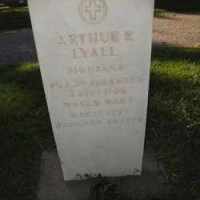 The Life of Arthur Raymond

Put your face in a costume from Arthur Raymond's homelands.

A landmark decision of the U.S. Supreme Court upholding the constitutionality of racial segregation laws for public facilities if the segregated facilities were equal in quality. It's widely regarded as one of the worst decisions in U.S. Supreme Court history.
1902 · Montana Capital Building Completed

Scottish: probably from an Old Norse personal name Liulfr, composed of an uncertain first element + úlfr ‘wolf’, although Reaney gives this as a pet form of Lyon or Lionel.