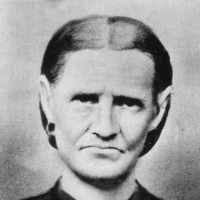 Americanized form of Dutch Duyster or Duijster, a nickname from Middle Dutch duuster, duister ‘gloomy’, also ‘stupid’, or of Duitscher ‘German’, a cognate of 2 below.Americanized form of German Deutscher ‘German’.History: Many, if not the majority, of the Dutchers trace their origin to Willem Janszen de Duijster (Duyster) or De Duitscher (De Duytscher), born 1601 in the Netherlands, died 1674 in New York, NY, and his two sons, Jan and Roelof. The original name their family (Willem's father) used back in the Netherlands, was reportedly Van Heerden.

James Carlton Casto was born on 6 September 1820 in Lawrence, Indiana. He was the third of 12 children born to Abel and Mary Galland Casto. Only five children, William, James, Mathew, Hannah, and Jo …