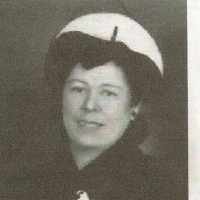 The Life Summary of Escolastica

When Escolastica Ponce was born on 10 February 1900, in Galeana, Galeana, Chihuahua, Mexico, her father, Santiago Ponce Lopez, was 30 and her mother, Maria Francisca Matilde Montes de Oca, was 19. She married Bitervo Cordova on 11 August 1920, in Santa Rita, Grant, New Mexico, United States. They were the parents of at least 1 son and 1 daughter. She died in 1979, in Pico Rivera, Los Angeles, California, United States, at the age of 79.

Put your face in a costume from Escolastica's homelands.

(1997: 3984;2007: 22684; 2010: 49549)Some characteristic forenames: Spanish Jose, Manuel, Juan, Luis, Jesus, Carlos, Francisco, Jorge, Miguel, Pedro, Raul, Roberto.Spanish and French: from the medieval personal name Ponce, ultimately from Pontius, a Roman surname, perhaps an ethnic name for someone from Pontus (named from Greek pontos ‘ocean’) in Asia Minor, or an Italic cognate of Latin Quintus ‘fifth’ (i.e. ‘fifth-born’). The name was borne by two 3rd-century Christian saints, a Carthaginian deacon and a martyr of Nice, but was not widely popular in the Middle Ages because of the inhibiting influence of the even more famous Pontius Pilate. In some cases though, the surname may have been originally used for someone who had played the part of this character in a religious play.