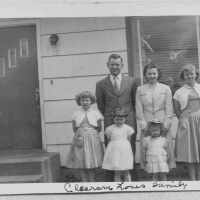 The Life of J. James

Put your face in a costume from J. James's homelands.

Is a proposed amendment to help guarantee equal legal rights for all citizens of the United States. Its main objective is to end legal distinctions between the two genders in terms of divorce, property, employment, and other legal matters. Even though it isn't the 28th Amendment yet, it has started conversations about the meaning of legal equality.
1945 · Peace in a Post War World

English (Dorset): habitational name from an unidentified place, possibly Ansford in Somerset, which is recorded in Domesday Book as Almundesford, from the genitive case of the Old English personal name Ealhmund (composed of the elements ealh ‘temple’ + mund ‘protection’) + Old English ford ‘ford’.