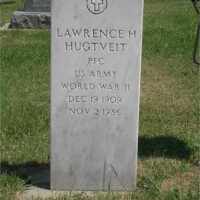 The Life of Lawrence Harvey

Put your face in a costume from Lawrence Harvey's homelands.

Being modeled after the Boy Scout Association in England, The Boy Scouts of America is a program for young teens to learn traits, life and social skills, and many other things to remind the public about the general act of service and kindness to others.
1914 · The Man With The First Air Conditioned Home

Charles Gates was the first person in the United States to install air conditioning in his home. Funny thing was, Gates died a year before it was installed.
1931

There are no historical documents attached to Lawrence Harvey.