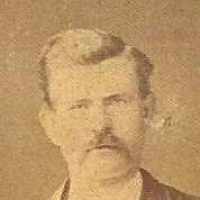 The Life Summary of Deltev Henry

When Deltev Henry Richmond was born on 19 July 1843, in Bedsted, Vestervig, Denmark, his father, Andreas Friedrich Ruhmann, was 27 and his mother, Mette Marie Callesen, was 22. He married Bessie Davison on 17 November 1876, in Windsor, Hants, Nova Scotia, Canada. They were the parents of at least 1 son and 1 daughter. He lived in Hants, Nova Scotia, Canada in 1876. He died on 30 March 1889, in Brooklyn, Kings, New York, United States, at the age of 45, and was buried in Brooklyn, Kings, New York, United States.

Put your face in a costume from Deltev Henry's homelands.

English: habitational name from any of the numerous places so named, in northern France as well as in England. These are named with the Old French elements riche ‘rich’, ‘splendid’ + mont ‘hill’. Richmond in North Yorkshire was named after a Richmont in France immediately after the Norman Conquest, and in many if not most cases the English surname can de derived from this place. Richmond in southwest London received this name only in the reign of Henry VII, in honor of the king, who had been Earl of Richmond until he came to the throne, and is unlikely to be the source of this surname.