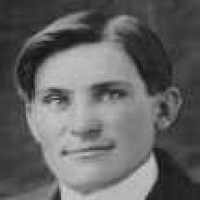 Put your face in a costume from Jalmer's homelands.

1 Finnish (Mäki): from Finnish mäki ‘hill’, originally a habitational name from a farm so named. From the late 19th century, when under the requirements of the Church people without surnames began to acquire them, this was one of the many words from nature that were adopted as surnames. During the name conversion movement in the 19th and early 20th centuries, Mäki was much used as a substitute for Swedish surnames formed with berg or back ‘hill’. In the U.S. Maki may be a short form of Mäkinen ( see Makinen ) or other names based on this element. It has sometimes been translated as Hill .2 Japanese: ‘pasture’; found in the island of Kyūshū, but not common in Japan proper, it appears to originate in the Ryū-kyūan island of Amami.