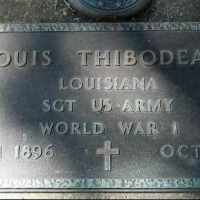 The Life of Louis

French: from a pet form of Thibault .