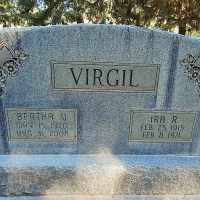 The Life of Ira Randle

Put your face in a costume from Ira Randle's homelands.

Jeannette Pickering Rankin became the first woman to hold a federal office position in the House of Representatives, and remains the only woman elected to Congress by Montana.
1921 · Bonneville County Courthouse is built

In 1921, the Bonneville county courthouse was built. It was designed by Lionel Fisher and Charles Aitken, two architects that helped build a number of government buildings in Idaho.
1930 · Idaho City Building is built