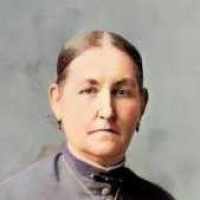 The Life Summary of Diana Tanner

Put your face in a costume from Diana Tanner's homelands.

An autobiography written by my great, great grandmother Diana Tanner Eldredge Smoot submitted to the DUP by her granddaughter, my great aunt, Fern Smoot Brimhall

"I was born at Indianapolis, Indiana, March 28, 1837. My parents were Ira Eldredge and Nancy Black Eldredge. My early childhood was spent on a farm in the suburbs of Indianapolis. When I was three …