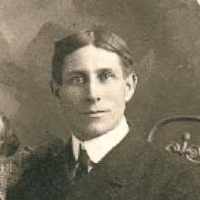 The Life of John Francis

When John Francis Beattie was born on 20 March 1879, in Ormstown, Le Haut-Saint-Laurent, Quebec, Canada, his father, Francis Beattie, was 60 and his mother, Ellen Kay, was 39. He married Ada Kate McKenzie on 25 June 1902, in Vankleek Hill, Champlain, Prescott and Russell, Ontario, Canada. They were the parents of at least 2 sons and 1 daughter. He lived in Winnipeg, Manitoba, Canada in 1911 and Alberta, Canada in 1916. He died on 22 September 1951, in New Westminster, British Columbia, Canada, at the age of 72.

For 400 years, from the time of Edward I of England until the Union of Parliaments between England and Scotland in 1707, the English-Scottish border was the scene of one of the longest running border …