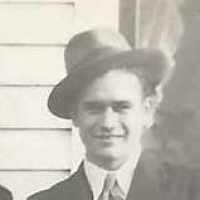 The Life of Clarance Harold

Put your face in a costume from Clarance Harold's homelands.

The Sixteenth Amendment allows Congress to collect an income tax without dividing it among the states based on population.
1929

1 English: metonymic occupational name for a huntsman, or rather a nickname for an exceptionally skilled huntsman, from Middle English chase ‘hunt’ (Old French chasse, from chasser ‘to hunt’, Latin captare).2 Southern French: topographic name for someone who lived in or by a house, probably the occupier of the most distinguished house in the village, from a southern derivative of Latin casa ‘hut’, ‘cottage’, ‘cabin’.