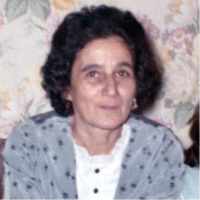 The Life of Marcelina

When Marcelina De La Rocha Beltran was born on 28 October 1910, in Chacala, Tamazula, Durango, Mexico, her father, José Isaac de la Rocha Acosta, was 28 and her mother, Sara Beltran Ojeda, was 24. She had at least 1 daughter with Carlos López. She died on 6 August 2007, in South Pasadena, Los Angeles, California, United States, at the age of 96.

Put your face in a costume from Marcelina's homelands.

There are no historical documents attached to Marcelina.