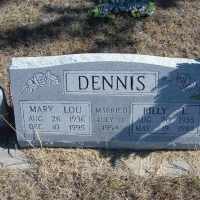 The Life of Mary Louise

Put your face in a costume from Mary Louise's homelands.

The Neutrality Acts were passed in response to the growing conflicts in Europe and Asia during the time leading up to World War II. The primary purpose was so the US wouldn't engage in any more foreign conflicts. Most of the Acts were repealed in 1941 when the Japanese attacked Pearl Harbor.
1938 · Electrification of Rural Kansas

Power was supplied to rural Kansas, which had been hit hard by the depression, in March 1938. Many farmers could not afford the $5 hookups for electricity. As a result, Franklin D. Roosevelt signed the Rural Electrification Act which provided loans to farmers who wanted electricity. Brown County became the first to receive service.
1954 · Brown v. Board of Education of Topeka

Brown v. Board of Education of Topeka was a U.S. Supreme Court case which ruled racial segregation in public schools as unconstitutional. The unanimous decision was handed down on May 17, 1954. The case was originally filed by the Brown family in Topeka, Kansas.

1 English: from Middle English cobel ‘rowboat’, presumably applied as a metonymic occupational name for a maker of such or possibly as a nickname for a sailor.2 Americanized spelling of German Kobel .