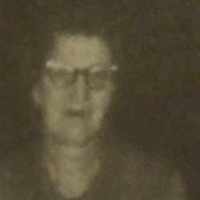 Like the Boy Scouts of America, The Girl Scouts is a youth organization for girls in the United States. Its purpose is to prepare girls to empower themselves and by acquiring practical skills.
1914 · The Man With The First Air Conditioned Home

Charles Gates was the first person in the United States to install air conditioning in his home. Funny thing was, Gates died a year before it was installed.
1937 · The Neutrality Act