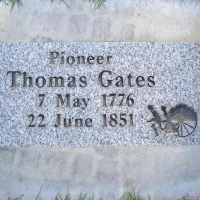 Lucinda Gates, the eldest of the eleven children born to Thomas Gates and Patty Plumly, was born at Ackworth, Sullivan County, New Hampshire, on the 19th of September 1797. On the 21st of March …