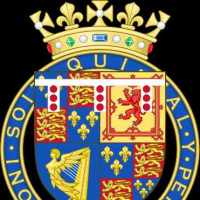 King James Stuart II of England And VII of Scotland

From an Old English personal name derived from ēad ‘prosperity, riches’ + gār ‘spear’. This was the name of an English king and saint, Edgar the Peaceful ( d. 975 ), and of Edgar Atheling ( ?1060–?1125 ), the young prince who was chosen by the English to succeed Harold as king in 1066 , but who was supplanted by the Normans. Although used only infrequently in Britain, it is still fairly popular in the United States.

Put your face in a costume from Edgar's homelands.