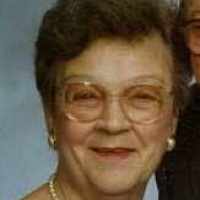 The Life of Marie Frances

Put your face in a costume from Marie Frances's homelands.

The 19th Amendment, which allowed women the right to vote, was passed and became federal law on August 26, 1920. Georgia law prevented women from voting until 1922. The amendment wasn’t officially ratified until 1970.
1942

On December 2, 1942, Enrico Fermi and a small band of scientists and engineers demonstrated that a simple construction of graphite bricks and uranium lumps could produce controlled heat. The space chosen for the first nuclear fission reactor was a squash court under the football stadium at the University of Chicago.

1 German and Jewish (Ashkenazic): nickname for someone with gray hair or a gray beard, from German grau ‘gray’.2 Southern French: topographic name for someone who lived near a canal giving access to the sea, Occitan grau (Latin gradus ‘step’).3 French: from Old French grau denoting a type of agricultural fork with curved tines (apparently of Germanic origin), hence a metonymic occupational name for a maker, seller, or user of such implements.