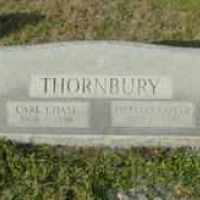 The Life of Carl Chase

Put your face in a costume from Carl Chase's homelands.

Named after James B. McCreary a Confederate war hero and two time Governor of Kentucky McCreary County was created in 1912.
1914 · Florida Involvement in World War I

Florida contributed to World War I in several ways. The state's open land and warm climate made for a great military training location. Additional technological and agricultural developments took place in Florida as well. Roughly 42,030 Floridians joined the troops during 1917 and 1918.
1936 · The Last Public Hanging in Kentucky

The hanging of Rainey Bethea on August 14,1936, in Owensboro, Kentucky was the last pubic hanging in the state and the United States. Anywhere from 15,000-20,000 people showed up for this event. The media was all over the hanging since the Sheriff of Davies county was a female, even though she did not pull levers. Because of the media coverage and the circus it caused, this was the last hanging.