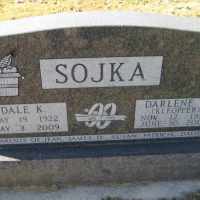 The Life of Dale K

Put your face in a costume from Dale K's homelands.

Warrant G. Harding died of a heart attack in the Palace hotel in San Francisco.
1926 · Iowa becomes a provider of food to the world

Pioneer Hi-Bred International was the leader company experimenting with hybridization of corn and other seeds for agriculture in the world. It helped make different kinds of crop able to grow in harsh conditions so that other parts of the world would be able to farm and become self-sufficient. It was bought out by DuPont in 1999 and has continued to help struggling countries around the world.
1947 · The Presidential Succession Act

Polish and Jewish (from Poland): from Polish sojka, sójka ‘jay’, applied as a nickname, or, among Jews, as an ornamental surname.