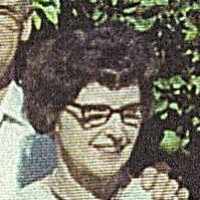 The Life of Christine Winifred

When Christine Winifred Ellis was born on 3 March 1911, in Coldspring, Douglas, Missouri, United States, her father, Fred Valentine Ellis, was 29 and her mother, Mary Edith Spurrier, was 24. She had at least 1 daughter with Joseph Grimsley Dunn. She lived in Baker Township, Crawford, Kansas, United States for about 10 years. She died on 12 April 1996, in London, Middlesex, Ontario, Canada, at the age of 85, and was buried in Denlow, Douglas, Missouri, United States.

Put your face in a costume from Christine Winifred's homelands.