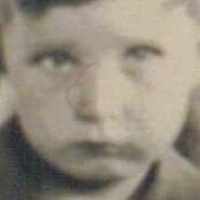 The Life of Howard Wayne

Put your face in a costume from Howard Wayne's homelands.

Jeannette Pickering Rankin became the first woman to hold a federal office position in the House of Representatives, and remains the only woman elected to Congress by Montana.
1917 · Buffalo Bill Dies in Denver

"On Jan 10 1917, famous showman, William ""Buffalo Bill"" Cody dies, while visiting his sister in Denver, Colorado. The cause of death was kidney failure."
1937 · The Neutrality Act

English:1. habitational name from a place in Gloucestershire, which is probably named from Old English ellern ‘elder tree’ + wudu ‘wood’. 2. from the Old English personal name Ælfweald, composed of the elements ælf ‘elf’ + weald ‘rule’. In the British Isles this spelling is now found predominantly in northern Ireland.