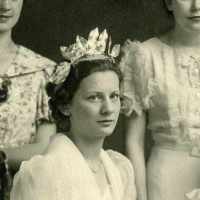 The Life of Roma Francis

When Roma Francis Grieninger was born on 4 July 1919, her father, Henry F Grieninger, was 33 and her mother, Izetta Leclair, was 28. She married Rene Levien Marie David Meyskens on 2 August 1941. They were the parents of at least 1 son. She lived in Marquette, Marquette, Michigan, United States for about 10 years. She died on 2 January 2002, at the age of 82.

Put your face in a costume from Roma Francis's homelands.

German: habitational name for someone from a place named Griesingen in Bavaria.