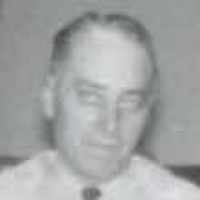 The Life of Mark

Rice is one Arkansas leading crops, in 1904 William H. Fuller planted 70 acres of rice, this act is what started the making rice the leading crop in Arkansas.
1919 · The Eighteenth Amendment

1 Irish: variant of Tighe .2 Cornish and Welsh: descriptive nickname for a handsome person, from Cornish tek, Welsh teg ‘fair’, ‘beautiful’. There has been considerable confusion between the Welsh and Irish names, both in Wales and Ireland.