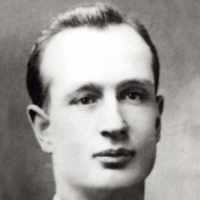 The Life Summary of John Ivan

Put your face in a costume from John Ivan's homelands.

English:from the Middle English personal name Ad(e)stan, which is usually from Old English Æthelstān (see Alston ). It may also be from the much rarer Old English name Ēadstān.habitational name from any of several places in England called Aston. Most were named with Old English ēast ‘east’ + tūn ‘settlement’. In a few cases the first element is æsc ‘ash tree’.