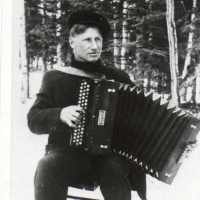 The Life of Karl

Put your face in a costume from Karl's homelands.

The Silver Dart was the first recorded flight in Canada. It took off from Baddeck, Nova Scotia, on February 23, 1909, and was piloted by John Alexander Douglas McCurdy.
1914

WWI. Hungary fights on the losing side and the monarchy collapses.
1938

Germany raise treaties in Munich and Vienna in which Southern Slovakia and Northern Transylvania were returned to Hungary.