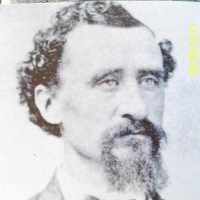 The Life Summary of James Godson

When James Godson Bleak was born on 15 November 1829, in Southwark, Surrey, England, United Kingdom, his father, Thomas Nelson Blake, was 25 and his mother, Mary Godson, was 32. He married Elizabeth Moore on 14 October 1849, in London St Vedast Foster Lane with St Michael-le-Querne, Middlesex, England. They were the parents of at least 6 sons and 4 daughters. He died on 30 January 1918, in St. George, Washington, Utah, United States, at the age of 88, and was buried in St. George, Washington, Utah, United States.

Put your face in a costume from James Godson's homelands.

English: mostly a variant of Blake , but perhaps also of Blick . This form of the surname is now rare in Britain.

Summary of James Godson Bleak Survival Story: - Promised in England that family would reach Zion safely - Marie (a friend) was present when promise was given - Family in the Martin Handcart Company 18 …