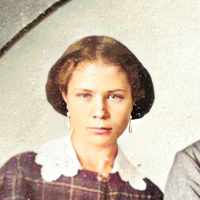 The Life Summary of Huldah Cordelia

Put your face in a costume from Huldah Cordelia's homelands.

Taken from the journal of Warren Barnes Smith, Son of Amanda Barnes Smith and second husband, Warren Smith of Tennessee. This is a story about Uncle Sylvester Smith, uncle to Amanda’s first husband, W …