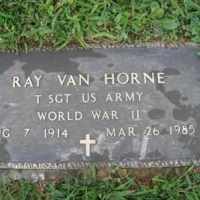 Jeannette Pickering Rankin became the first woman to hold a federal office position in the House of Representatives, and remains the only woman elected to Congress by Montana.
1926 · Mammoth Cave is Discovered

In 1926, in central Kentucky, Mammoth Cave was discovered. It dates back to Mississippian times and consists of over four hundred miles of passageway. On July 1, 1941, the cave was made a National Park.
1935 · The FBI is Established

Dutch: habitational name for someone from any of numerous places in the Netherlands named Hoorn, named with Dutch hoorn ‘point’ or ‘nook’.