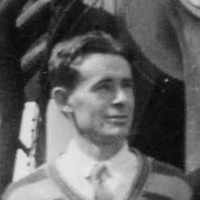 The Life of Lloyd Geiman

Put your face in a costume from Lloyd Geiman's homelands.

After the explosion of the USS Maine in the Havana Harbor in Cuba, the United States engaged the Spanish in war. The war was fought on two fronts, one in Cuba, which helped gain their independence, and in the Philippines, which helped the US gain another territory for a time.
1899 · USS Shubrick is Launched

On March 11, 1899 the USS Shubrick was laid, on October 31, 1899 it was launched. The ship was named after William Branford Shubrick. It was sponsored by Miss Caroline Shubrick and commissioned in 1901 with Lt Allen M Cook in command.
1919 · The Eighteenth Amendment