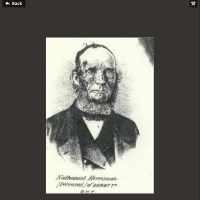 The Life of Nathaniel

When Nathaniel Harriman was born on 14 June 1744, in Haverhill, Essex, Massachusetts, United States, his father, Leonard Harriman, was 54 and his mother, Ann Stevens, was 15. He married Elizabeth Allen on 4 August 1766, in Kittery, York, Maine, United States. They were the parents of at least 2 sons and 1 daughter. He died in April 1816, in Albany, Carroll, New Hampshire, United States, at the age of 71.

English: occupational name for a servant ( see Mann ) of someone named Harry .