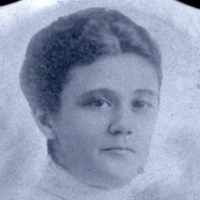 The Life of Hazel

When Hazel Coghill was born in December 1901, her father, John Waller Coghill, was 33 and her mother, Phebe Jane Houston, was 28. She married Clinton Bernard Spradlin on 1 September 1928, in Jackson, Missouri, United States. She lived in Swan Township, Warren, Illinois, United States for about 10 years. She died in August 1977, in Garnett, Anderson, Kansas, United States, at the age of 75.

Put your face in a costume from Hazel's homelands.

A law that funded many irrigation and agricultural projects in the western states.
1910 · Boy Scouts of America

1 English: habitational name, possibly from Cogill in Aysgarth, North Yorkshire, which is named with Old English cot ‘cottage’ + Old Norse kelda ‘spring’, or perhaps from any of the numerous places named Cowgill or Cow Gill ( see Cowgill ).2 Scottish: said to be an Americanized form of Danish Køgel. Compare Kugel .