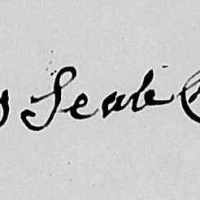 On October 25, 1774, the Edenton Tea Party took place. It was the first organized women's protest. They put their cups down and refused to buy any tea.
1776

English: variant of Seal 1–4; it is also established as a surname in Ireland.