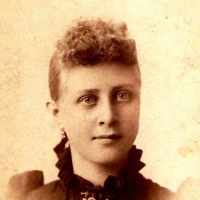 The Life of May Glenna

Learn about May Glenna's homeland.

Put your face in a costume from May Glenna's homelands.

The First official World's Fair, was held to celebrate the 100th anniversary of the signing of the Declaration of Independence in Philadelphia. 37 Countries provided venues for all to see.
1883 · The Newhall House Hotel Fire

Northern English: occupational name for a smith or worker in iron, from Middle English and Old French farrour, ferour, from medieval Latin ferrator, an agent derivative of ferrare ‘to shoe horses’, from ferrum ‘iron’, in medieval Latin ‘horseshoe’. Compare Ferrier and Farrow .