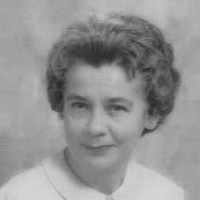 The Life of Vernie Ray

Put your face in a costume from Vernie Ray's homelands.

In 1920, the 19th amendment was ratified making it so that women could vote. This achievement finally gave North Carolina the freedom to vote they had been fighting for since 1897.
1932

English: habitational name from a place in South Yorkshire near Rotherham, named in Old English with the genitive case of an unattested personal name Tynni + hlāw ‘hill’, ‘mound’, ‘barrow’. This name is also established in Ulster.