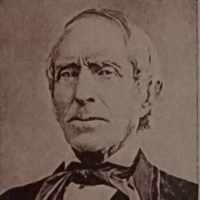 When James McFarland was born in 1797, in County Tyrone, Ireland, his father, James Mcfarlan, was 61 and his mother, Ann Armour, was 32. He married mrs James Mcfarland in 1831, in Pennsylvania, United States. They were the parents of at least 3 sons and 1 daughter. He died after September 1877, in Greensburg, Westmoreland, Pennsylvania, United States, at the age of 80.

While the growth of the new nation was exponential, the United States didn’t have permanent location to house the Government. The First capital was temporary in New York City but by the second term of George Washington the Capital moved to Philadelphia for the following 10 years. Ultimately during the Presidency of John Adams, the Capital found a permanent home in the District of Columbia.
1819 · Panic! of 1819