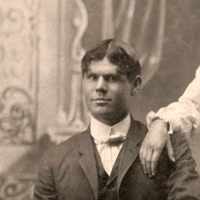 The Life of Benjamin Joe Cephus

When Benjamin Joe Cephus Shellnut was born on 3 March 1884, in South Carolina, United States, his father, James Wiley Shellnut, was 24 and his mother, Nancy Susana Victoria Luminar Shaver, was 22. He married Nancy Henrietta Norada Lowery on 4 February 1903. They were the parents of at least 2 sons and 1 daughter. He lived in Saline, Arkansas, United States in 1900. He died on 14 October 1953, in Redondo Beach, Los Angeles, California, United States, at the age of 69.

Put your face in a costume from Benjamin Joe Cephus's homelands.

Bauxite a rock with relatively high aluminum content, is the main source of aluminum for the world. When it was discovered in Arkansas it changed the state. The city of Bauxite, Arkansas was the site of the discovery.
1903 · Department of Commerce and Labor