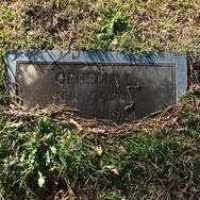 The Life of Ophelia Leila

Put your face in a costume from Ophelia Leila's homelands.

The first of many consumer protection laws which ban foreign and interstate traffic in mislabeled food and drugs. It requires that ingredients be placed on the label.
1906 · The Atlanta Race Riot

The Atlanta Race Riot of 1906 occurred on the evening of September 22 through September 24. A newspaper reported the rapes of four white women by African American men. Fueled by pre-existing racial tensions, these reports enraged white men who then arranged gangs to attack African American men. Over the next few days, several thousand white men joined in and in the end, 26 people were killed and many were injured.
1922 · Women Granted the Right to Vote

The 19th Amendment, which allowed women the right to vote, was passed and became federal law on August 26, 1920. Georgia law prevented women from voting until 1922. The amendment wasn’t officially ratified until 1970.

Variant of the English surname Lunsford .