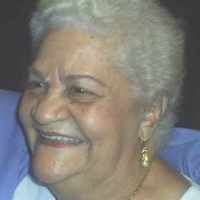 The Life of Judith del Carmen

When Judith del Carmen Cano Tatis was born on 20 November 1930, in Cartagena, Bolívar, Colombia, her father, Gualberto Cano Castellon, was 23 and her mother, Elida Tatis Guerrero, was 19. She married German Antonio Bernal Cano on 24 February 1957, in Cartagena, Bolívar, Colombia. They were the parents of at least 1 son. She died on 9 March 2010, in Barranquilla, Atlántico, Colombia, at the age of 79, and was buried in Barranquilla, Atlántico, Colombia.

Put your face in a costume from Judith del Carmen's homelands.

The United States aid Colombia against drug dealers. They supply the Colombian government with military equipment and advisory.
2002

Spanish and Portuguese:1. nickname for an old man or someone with prematurely white hair, from cano ‘white or gray haired’, ‘old’, ‘worthy’ (Latin canus). 2. habitational name from a place in Spain called Caño or Cano in Portugal, both named with a derivative of Latin canna ‘reed’.