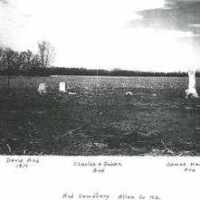 The Life of Charles Calvin

Put your face in a costume from Charles Calvin's homelands.

Scottish: habitational name from any of several places called Aird, including one near Hurlford in Ayrshire, another near Stranraer in Galloway, and the Aird, the higher part of the Vale of Beauly, near Inverness. These place names are derived from Gaelic àird(e) ‘height’, ‘promontory’, from àrd ‘high’.