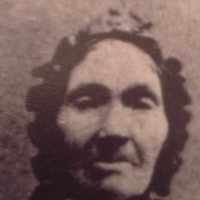 When Maren Madsdatter was born on 7 January 1816, in Ramskov, Give, Koldinghus, Denmark, her father, Mads Andersen, was 30 and her mother, Ane Dorthe Sørensen, was 28. She married Jens Jacobsen on 15 November 1851, in Give, Koldinghus, Denmark. They were the parents of at least 2 sons and 2 daughters. She lived in Give, Nørvang, Vejle, Denmark for about 15 years and Utah, United States in 1870. She died on 11 January 1887, in Moroni, Sanpete, Utah, United States, at the age of 71, and was buried in Moroni, Sanpete, Utah, United States.

Jens, his wife Maren, children Dorthea and Jacob came from Denmark in 1867 on the ship Manhattan. Leonard G. Rice Company (1867) Age at Departure: 43 Head of Household Traveled with Maren Jacobsen …